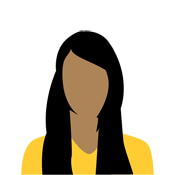 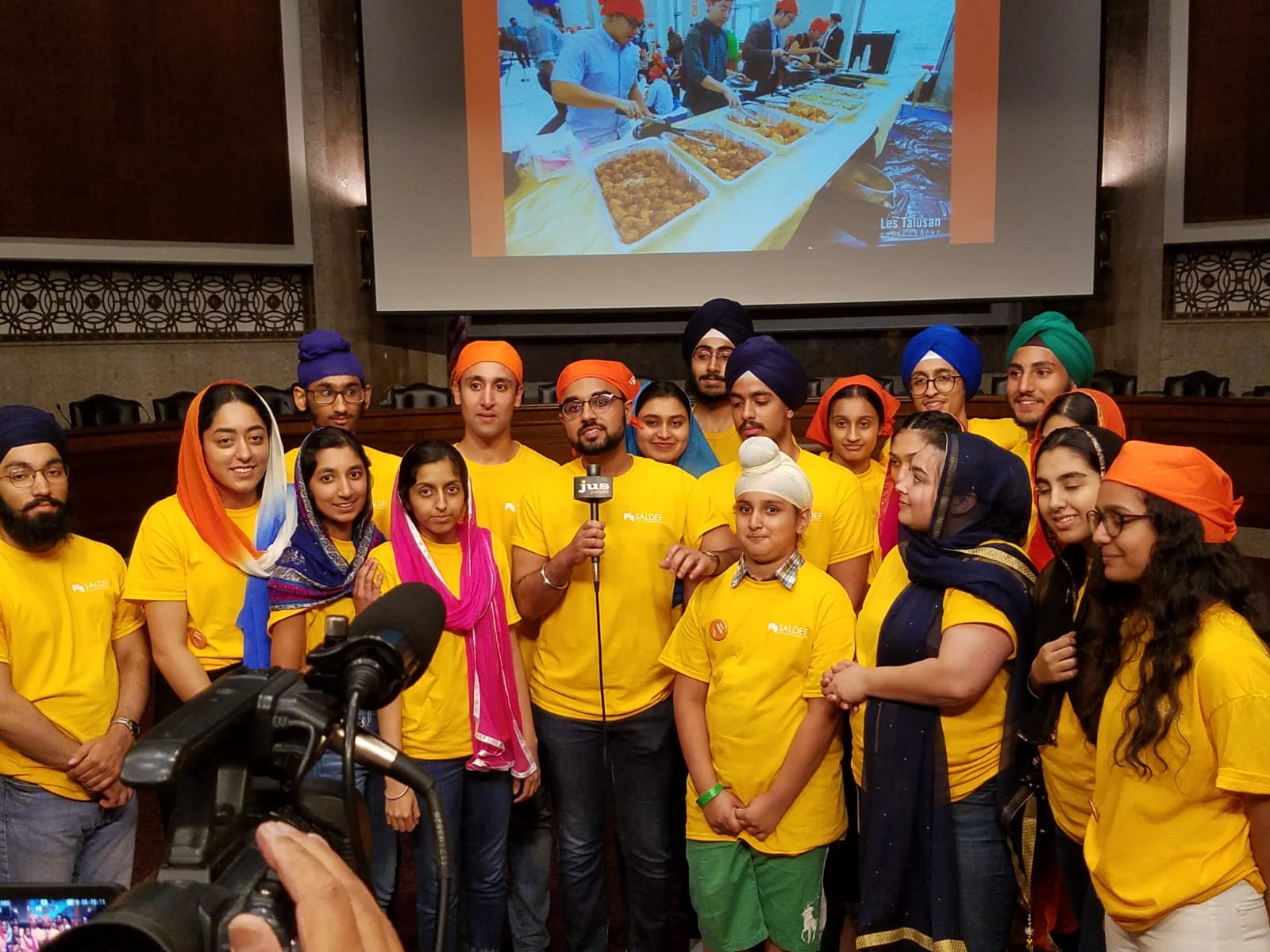 On July 17th, 2019, over 200 congressional staff members, Sikh community members, and non-Sikhs from a variety of professional paths shared Langar, at the Senate Hart building on Capitol Hill. The purpose of the event was to educate and connect members of congress to Sikh values and the Sikh community. The attendees also heard why Congressional leaders are dedicated to creating a more fostering environment for Sikh

Additionally, this year SALDEF partnered with the DC Books to Prison, a non-profit organization dedicated to providing books to prisioners. 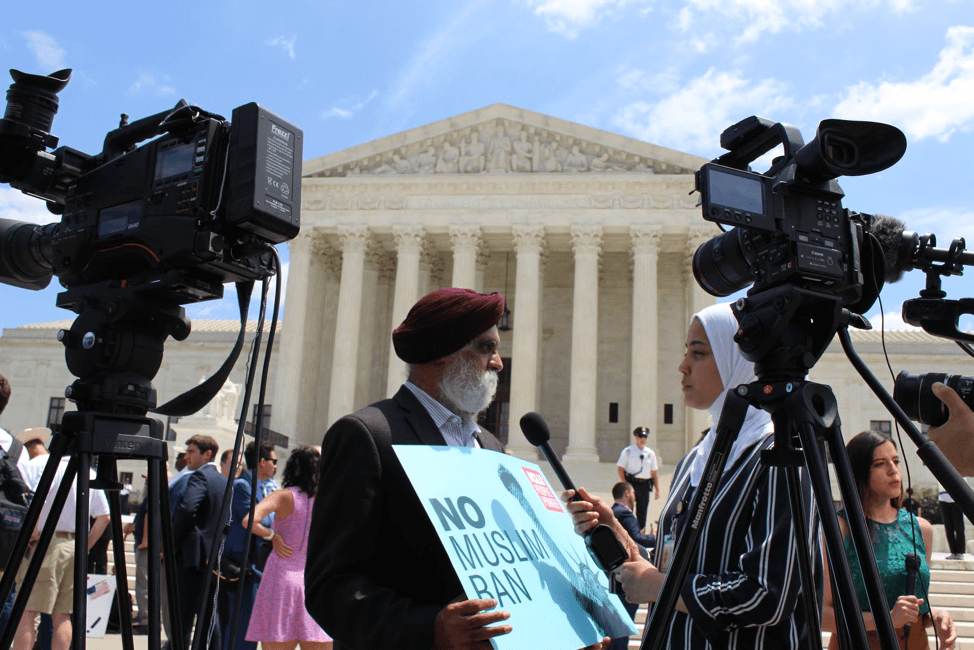 SALDEF constantly keeps a vigil eye on the media, making sure that Sikhs are represented correctly throughout all media platforms. This year SALDEF worked with media outlets not only in correcting hate speech and bias, but also spoke out to the media on different issues to introduce a Sikh perspective. 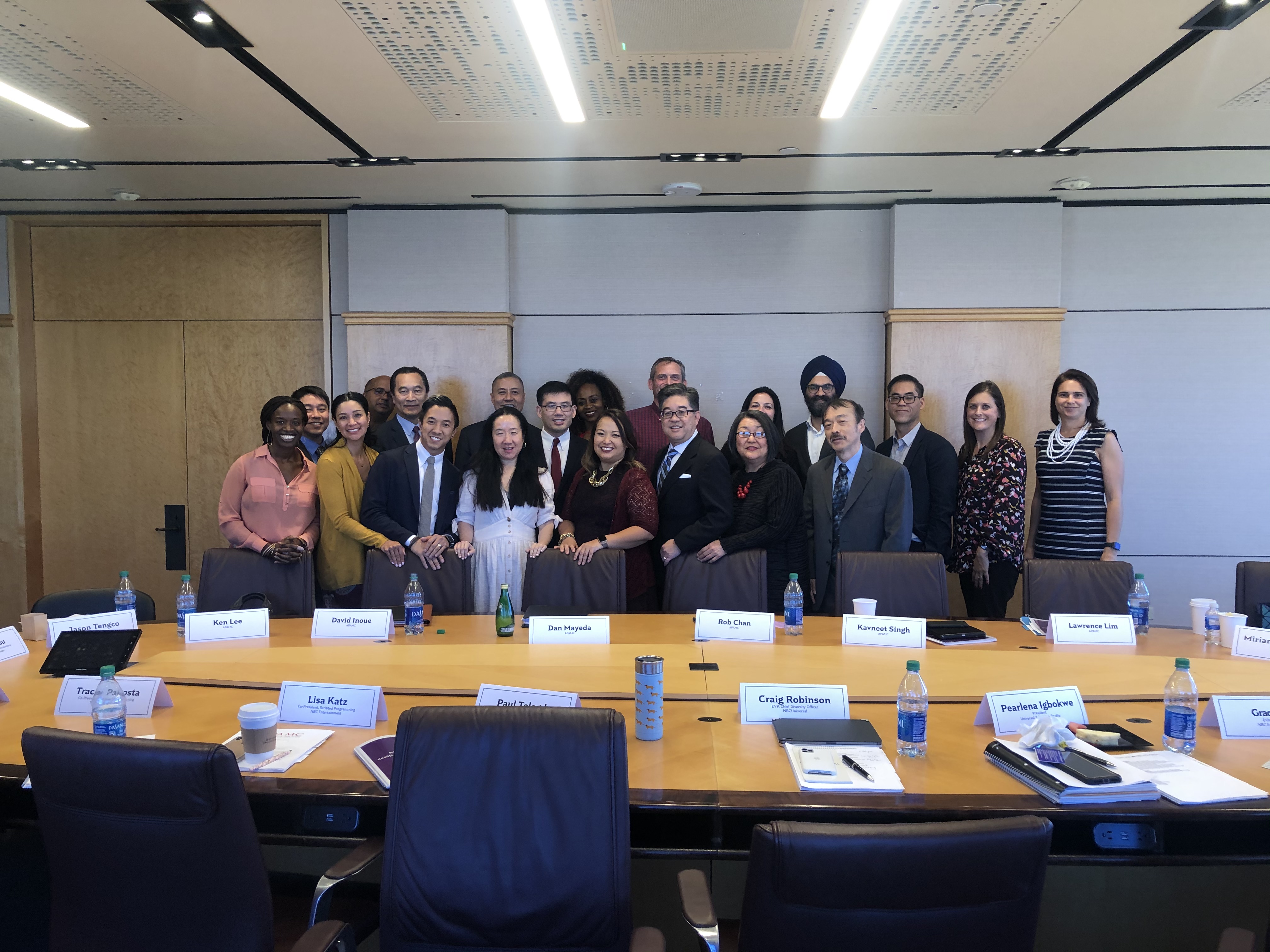 Earlier this Summer, SALDEF met with ABC TV President Channing Dungey and her executive programming staff to continue discussions on advancing diversity in broadcast television, both in-front and behind the camera. industry to increase diversity.”

The meeting took place as part of APAMC agreements with ABC, CBS, FOX, and NBC to increase diversity both in front of the cameras and behind the scenes. Attendees at the meetings included executives in charge of content, communication, and talent, reviewed both on-screen and program development diversity metrics. SALDEF and other attendees discussed opportunities to further advance these goals. Their focus includes: expanding the partnership to include talent development; identifying pipelines for actors and directors; and conducting outreach to community talent showcases.

SALDEF in partnership with the largest national media company, Comcast—launched a 30 second PSA featuring Sikh Americans from all walks of life, bringing our shared values with fellow Americans to the forefront.

The PSA continues to introduce a wide audience to Sikh Americans and their 125-year history in the United States.

SALDEF’s Turban Myths report, a groundbreaking study conducted in conjunction with researchers from Stanford University—one of the most trusted and preeminent research universities in the world—served as a benchmark to launch SALDEF’s Media Initiative, which aims to amplify the voices of Sikh Americans. Turban Myths was the first public perception assessment of Sikh Americans. The study corroborated the existence of a specific cultural bias and its impact on Sikh Americans’ real, lived experiences.

$30 monthly donation ($1 a day) will help ensure that each day Sikh Americans are always depicted in the best light.

$30 monthly donation ($5 a day) will go to creating new informative ways to showcase sikhism on larger platforms like our PSA.