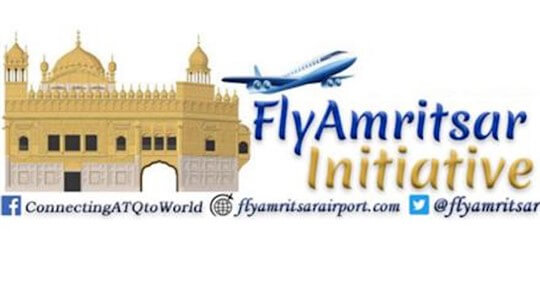 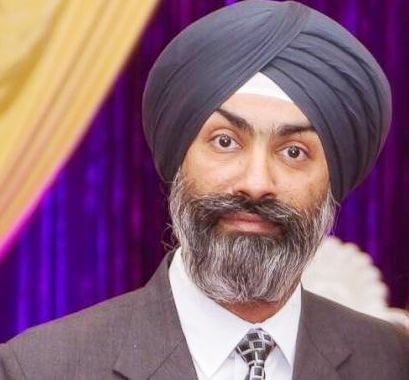 The holy city of Amritsar is the spiritual and cultural center of the Sikh religion and a preferred destination for millions for Punjabi diaspora and foreign tourists who come here to pay obeisance at Harmandir Sahib. It is the spiritual center of not only Sikhs but of people of other religion.

The holy city is the gateway to India on the World tourist map. It also has an airport named after the founder of the city, Shri Guru Ram Das Jee. Guru Sahib developed Amritsar as commercial hub along with religious center, that is why he got settled traders of 52 different trades. Harmandir Sahib is the only place in the World where nearly 100,000 people from all over the globe come daily.

The FlyAmritsar Initiative was started in 2016 for a focused approach toward bringing in more international and domestic flights to Amritsar’s Sri Guru Ram Dass Ji International Airport.

This takes forward the initiative that was started way back in 1990’s by the Amritsar-based NGO Amritsar Vikas Manch, in a bid to promote a sustainable development of Amritsar and to heed to the popular sentiment.

Amritsar Vikas Manch (AVM) was established in the year 1991, under the farsighted vision of Singh Sahib Giani Kirpal Singh Ji based on the vision given by Guru Arjan Dev Ji in his words Vasdi Sanghan Apaar Anup Ramdaspur. AVM is the leading civil society, civic advocacy registered NGO with leadership provided by veteran personalities of Amritsar with an aim to raise the development related issues of Amritsar area.

The organization is playing an active role for all round development of the city by taking up issues related to airport, roads, pollution and civic amenities with concerned authorities. It is also listed with Punjab State Council for Science & Technology for giving an advisory & supportive role in Environment related issues.

Despite being the religious capital for the Sikhs all over the World, Sri Guru Ram Das Jee SGRDJ International Airport ATQ is significantly less connected with direct international flights to Europe, North America, Australia and other regions.

FlyAmritsar has been working on the issue of lack of international flights from the Airport, has has been conducting the relentless campaigns with the politicians, airlines and the Punjabi diaspora both within and outside Punjab to bring awareness about the issue.

In January 2017, aPublic Interest Litigation PIL was filed in the Punjab & Haryana High Court by AVM to fight against the negligence of Indian government and Air India to serve the Punjabi community despite that 40% of international passengers to the Delhi airport ends up traveling to Punjab by road, train or domestic flights, incurring more time and cost.

FlyAmritsar has approached many Indian and foreign carriers with detailed data and statistics requesting start of flights. Volunteers need to be traveling to different parts of India, US, Canada to mobilize and influence the airlines, politicians and other decision makers to provide direct flights to Amritsar.

Legal and Political
Public Interest Litigation filed on February 2017 in Punjab & Haryana High Court to cut down Airport losses, restore the Air India flights that were re-routed via newly privatized airport at Delhi in 2010 and start of more direct International flights.
Amritsar-Delhi-Birmingham flights re-routed as Delhi-Amritsar-Birmingham from Feb 2018.

Campaigns
Launch of first ever Joint UK Parliamentary Campaign in April 2018 jointly by Amritsar Vikas Manch & SEVA Trusk UK under the leadership of UK Member Parliament Tanmanjeet Singh Dhesi and with the whole heatedly support of other MPs and multiple other leaders in UK and Punjab.

Launch of Social Media campaigns to bring awareness about the issues, demand and opportunities at ATQ.

Invite international airlines to start flights from Amritsar with detailed data and statistics.

Convinced Air Asia X to start flight to Kaula Lampur in August 2018 and other flights.

Multiple initiatives underway to create awareness among the Punjabi community and their leaders all over the world.

Research & Analysis
We provide regular data analysis, reporting and publications about the airport and the flights from ATQ.

We engage the executives of many domestic and international airlines by providing them the detailed data analysis, reports and presentations.

We act as a watchdog for ATQ interests. For example, we launched a campaign in July 2018 to restore one of the most important Delhi-Amritsar morning domestic flights by Air India that the airline planned to cancel for three month to accommodate flights to Haj routes ignoring the fact that Amritsar is also an important destination.

Received written confirmations from Fly Dubai, and other airlines to start flights to Amritsar once the bilateral air service agreements to fly to Amritsar are signed.

Volunteers need to be traveling to different parts of World including India, Europe, North America to mobilize and influence the airlines, politicians and other decision makers to provide direct flights to Amritsar. This also includes attending airline networking conferences attended by major airlines of the World 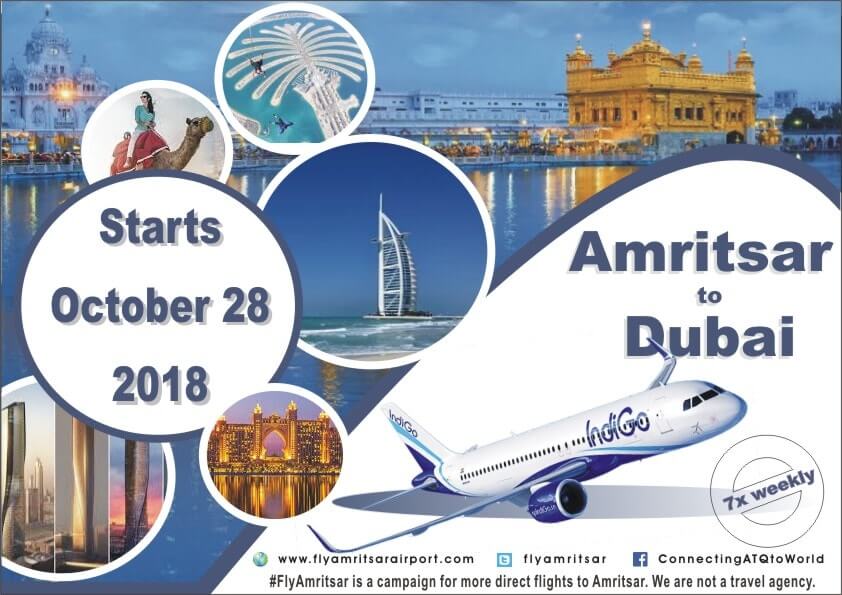 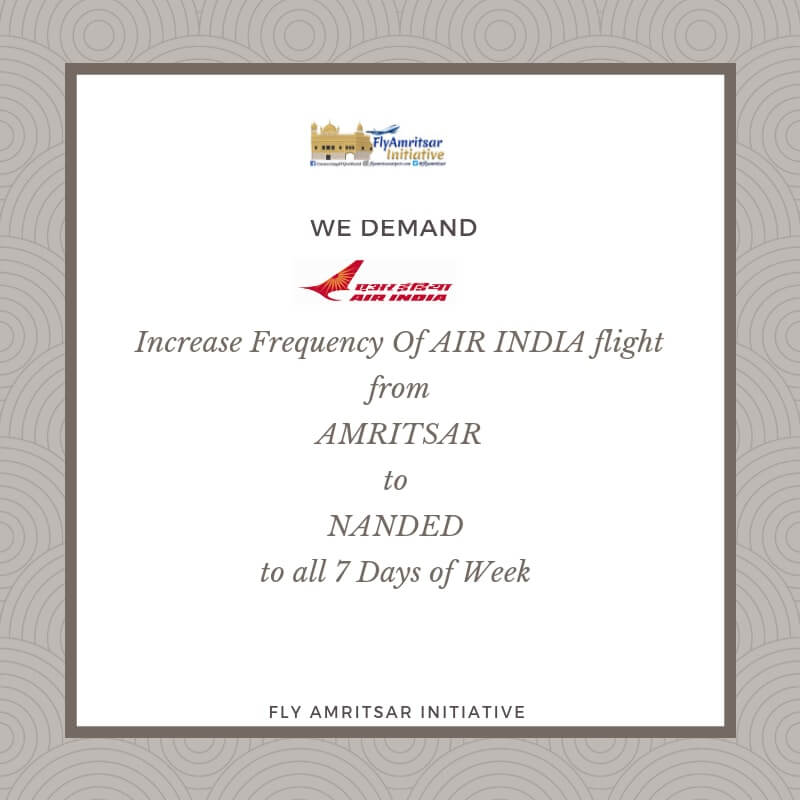 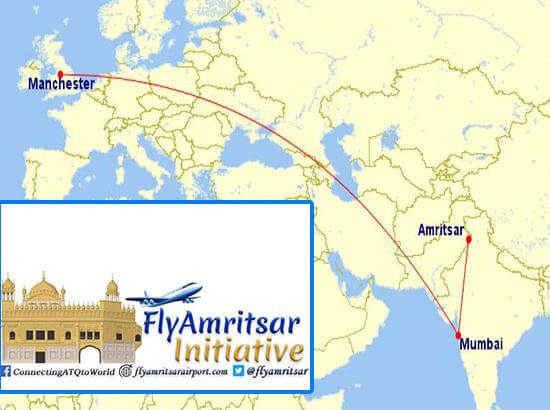 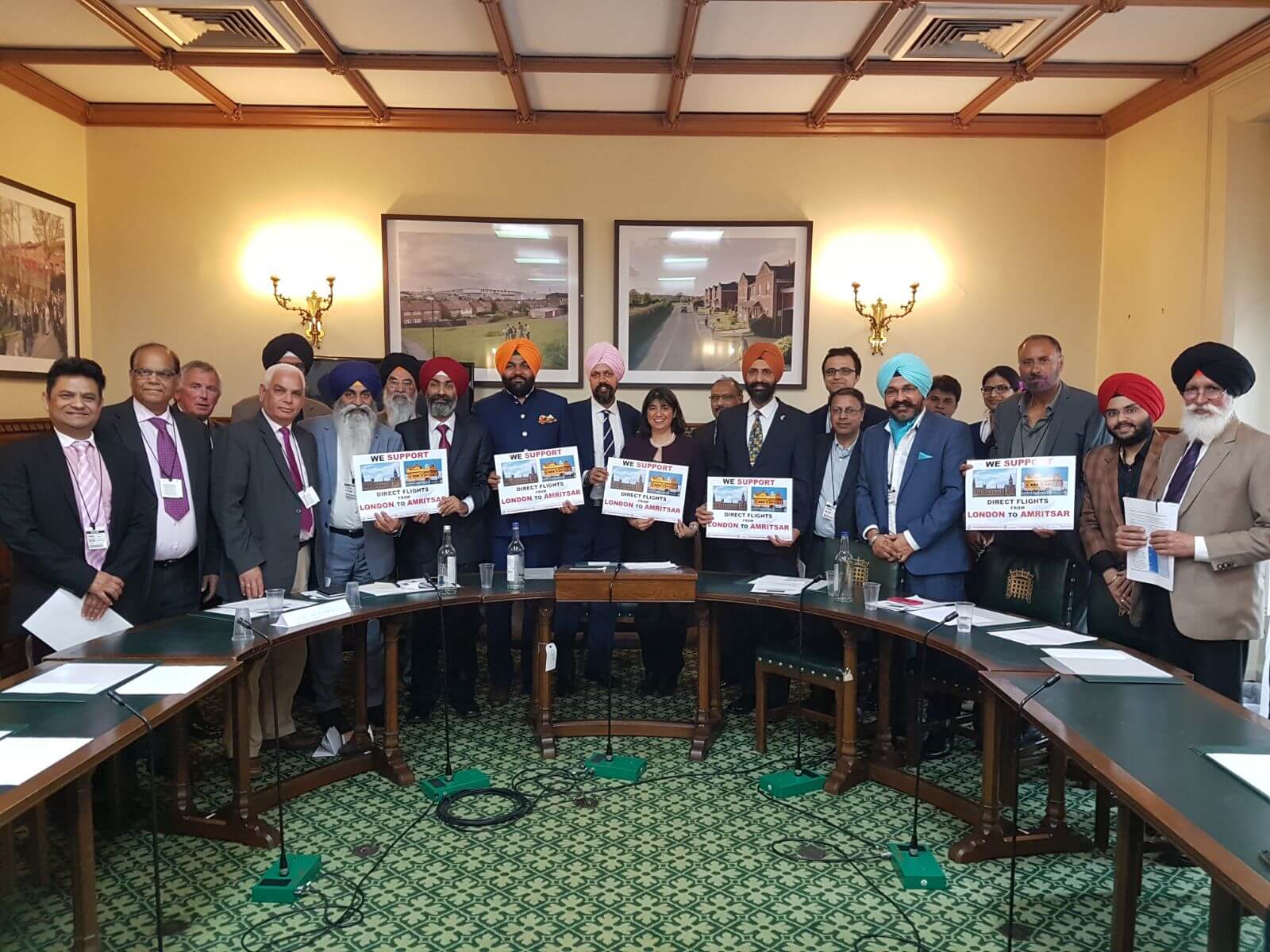 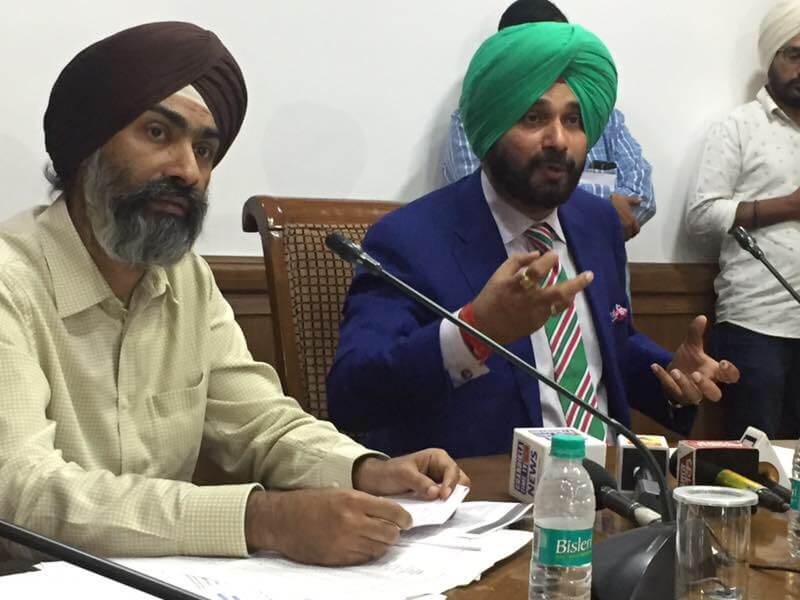 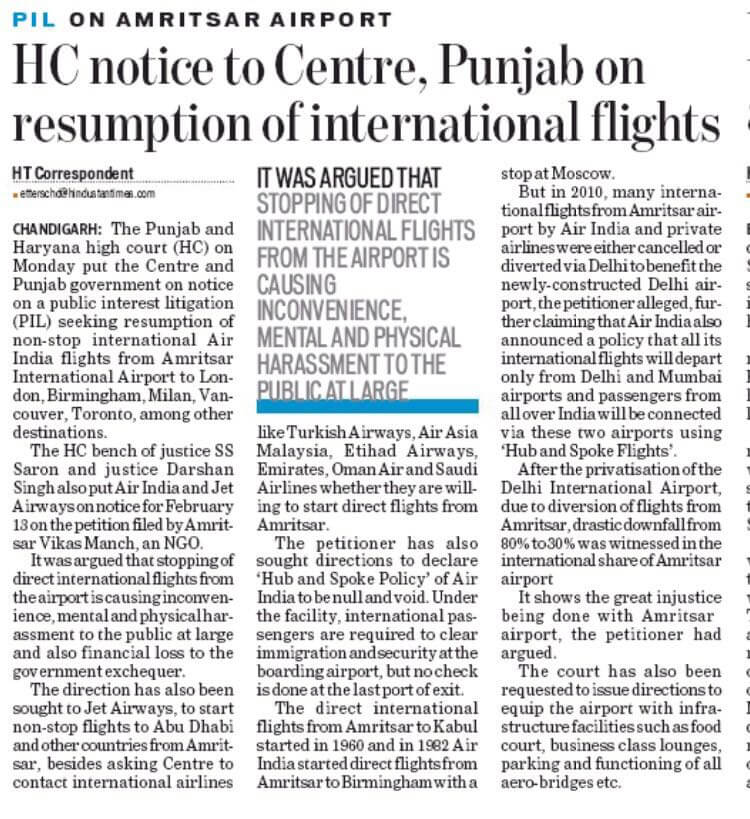 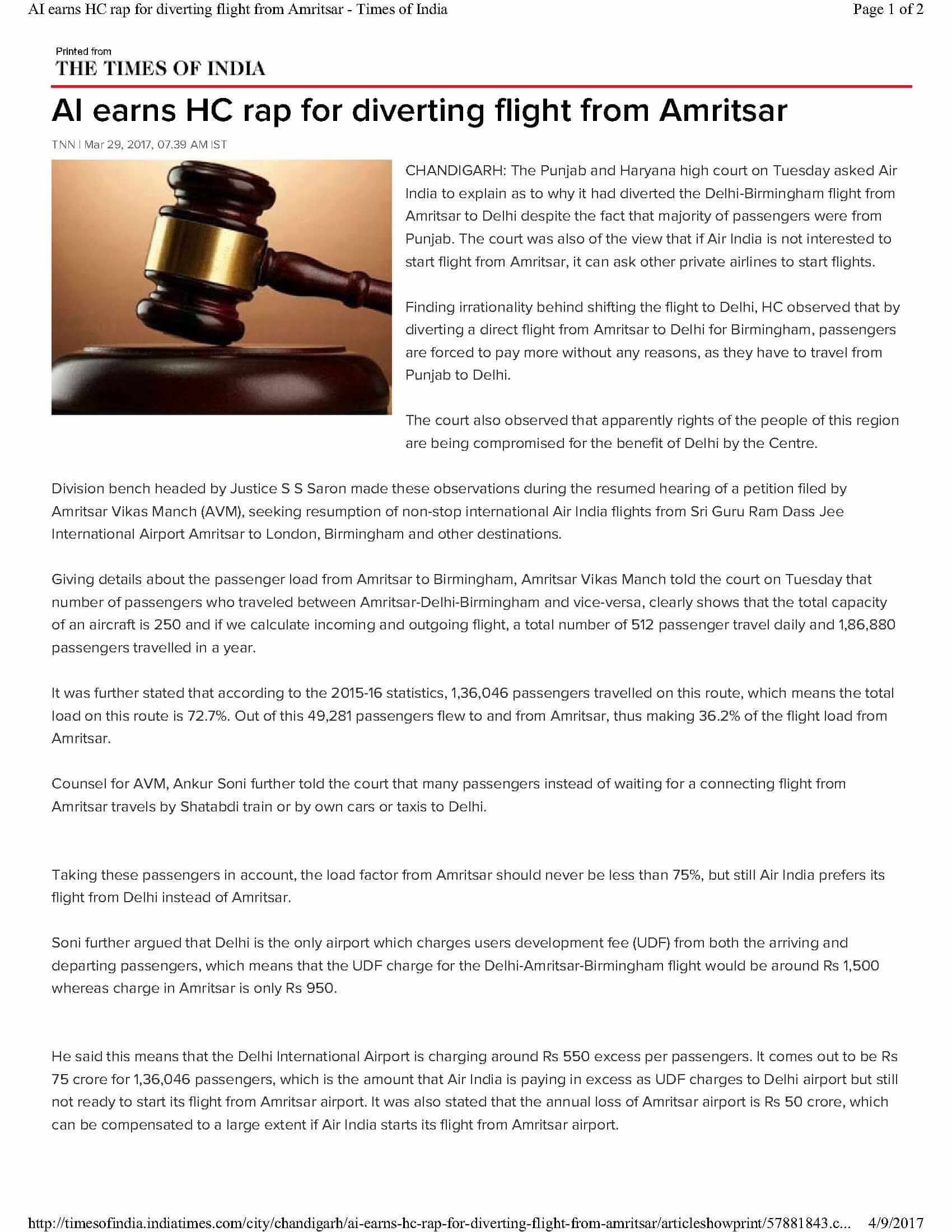 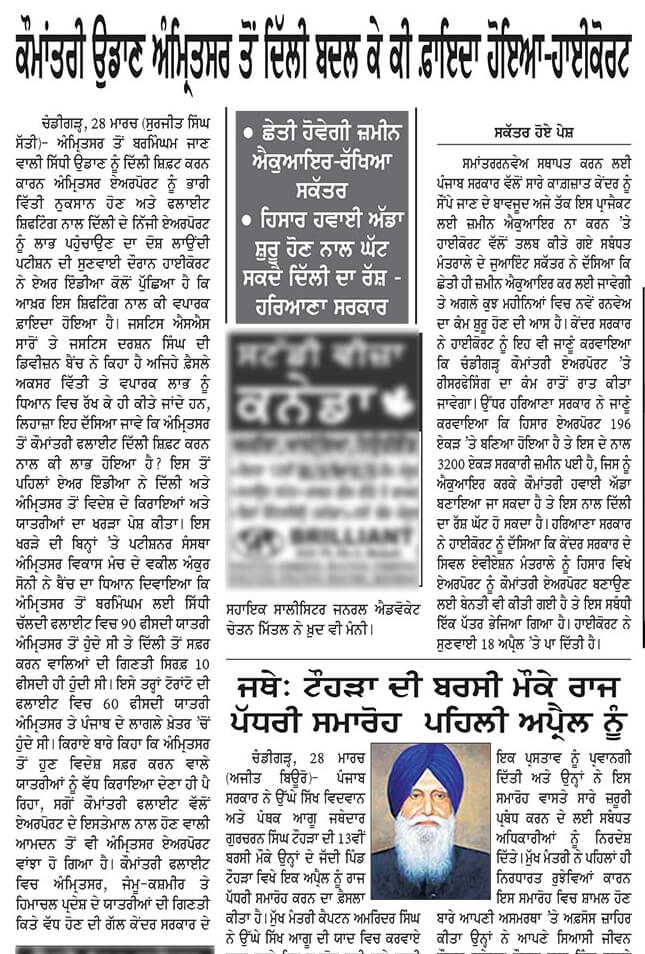 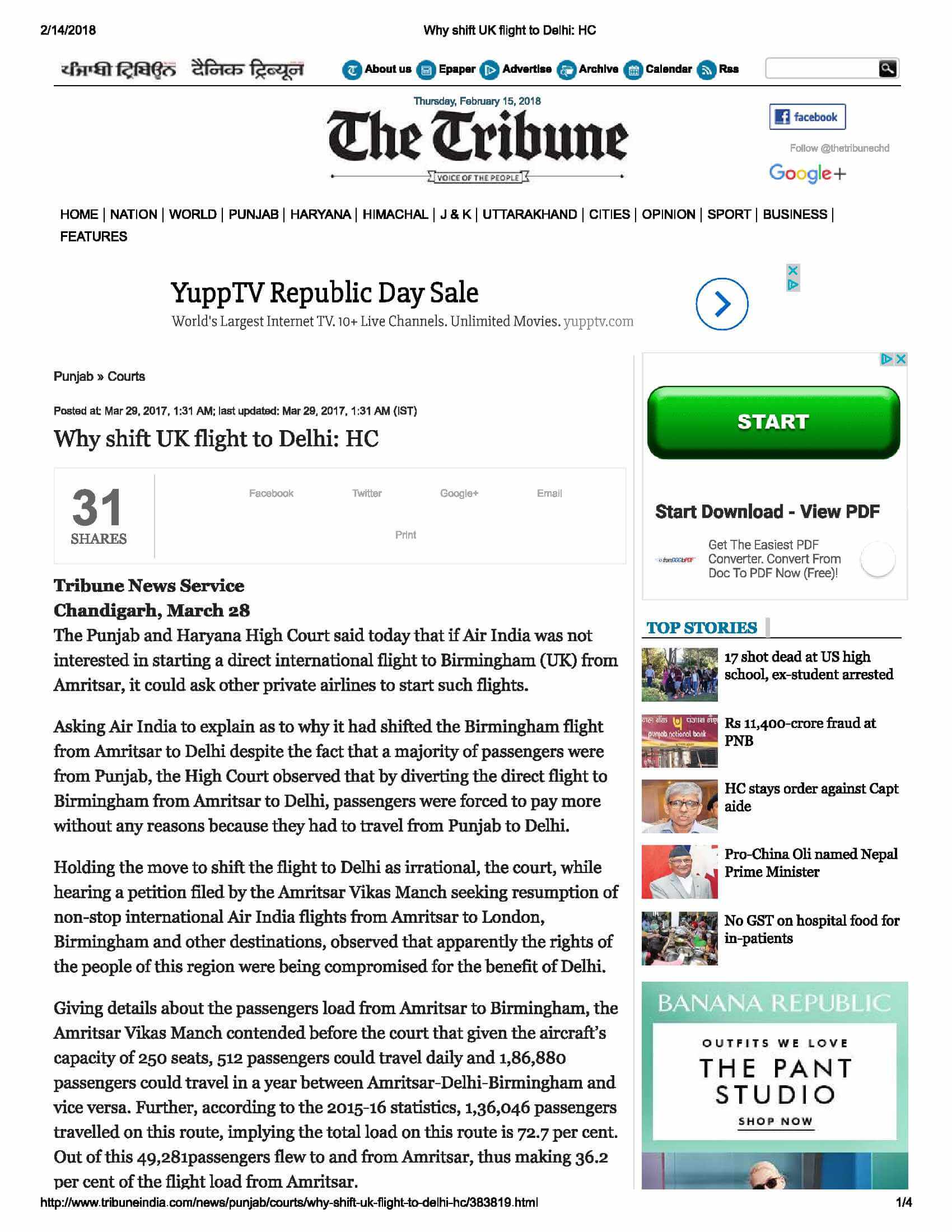 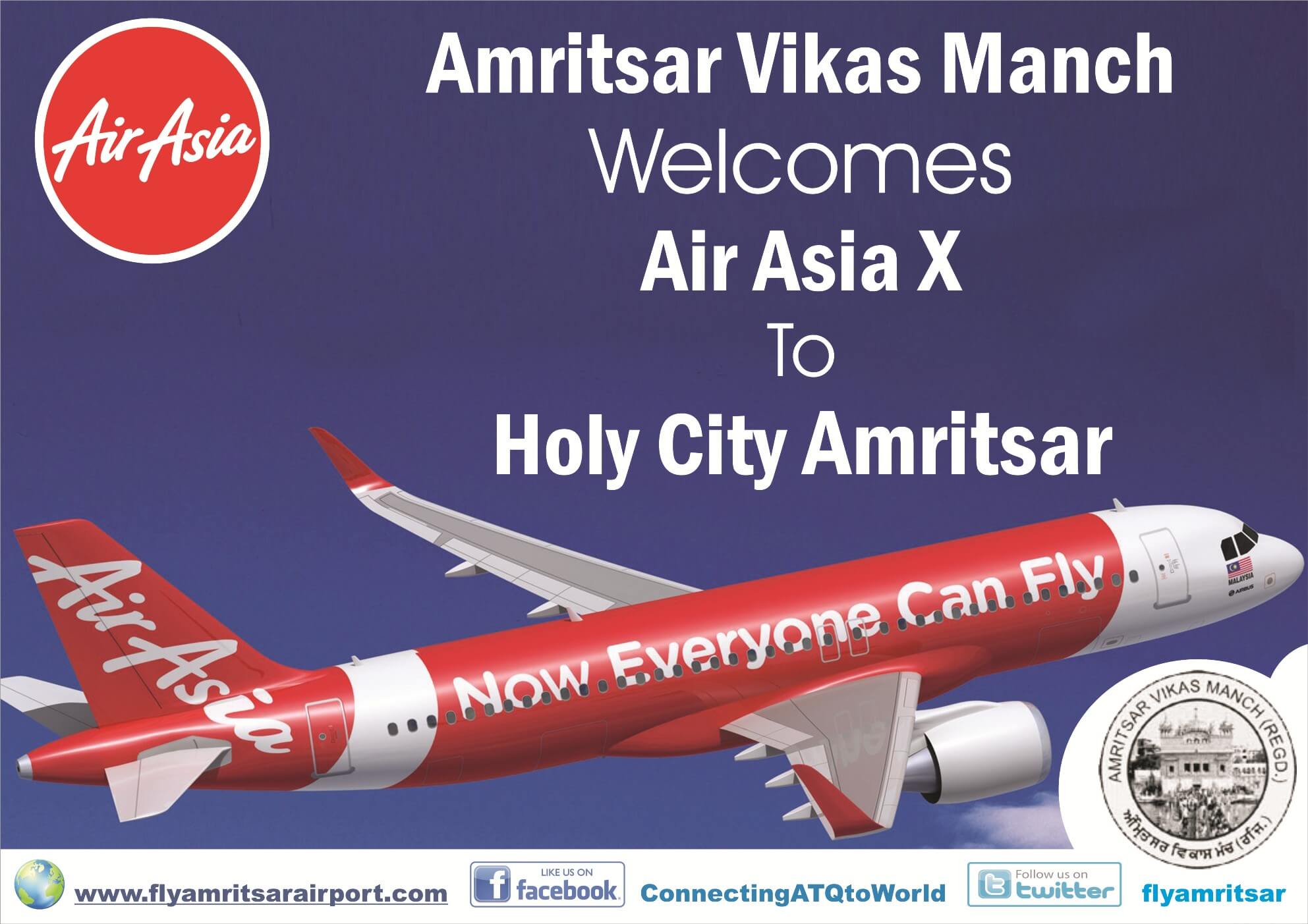 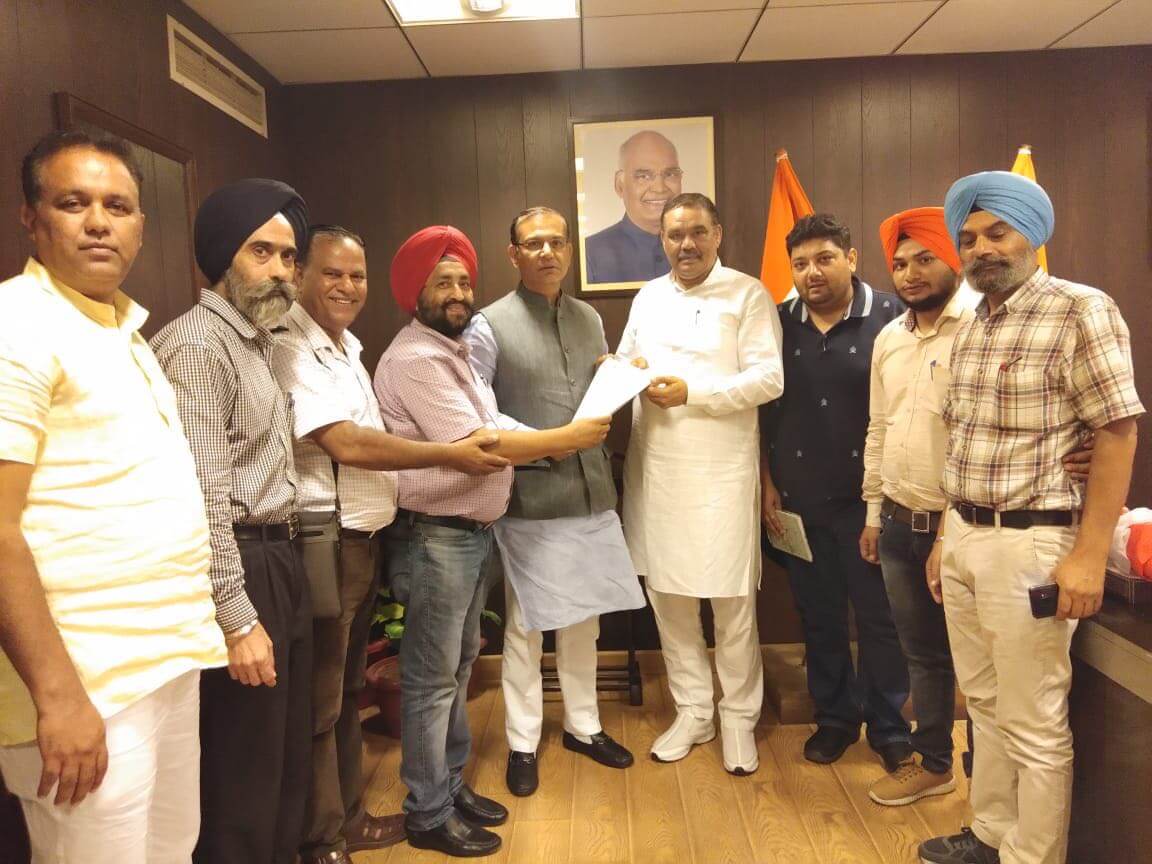 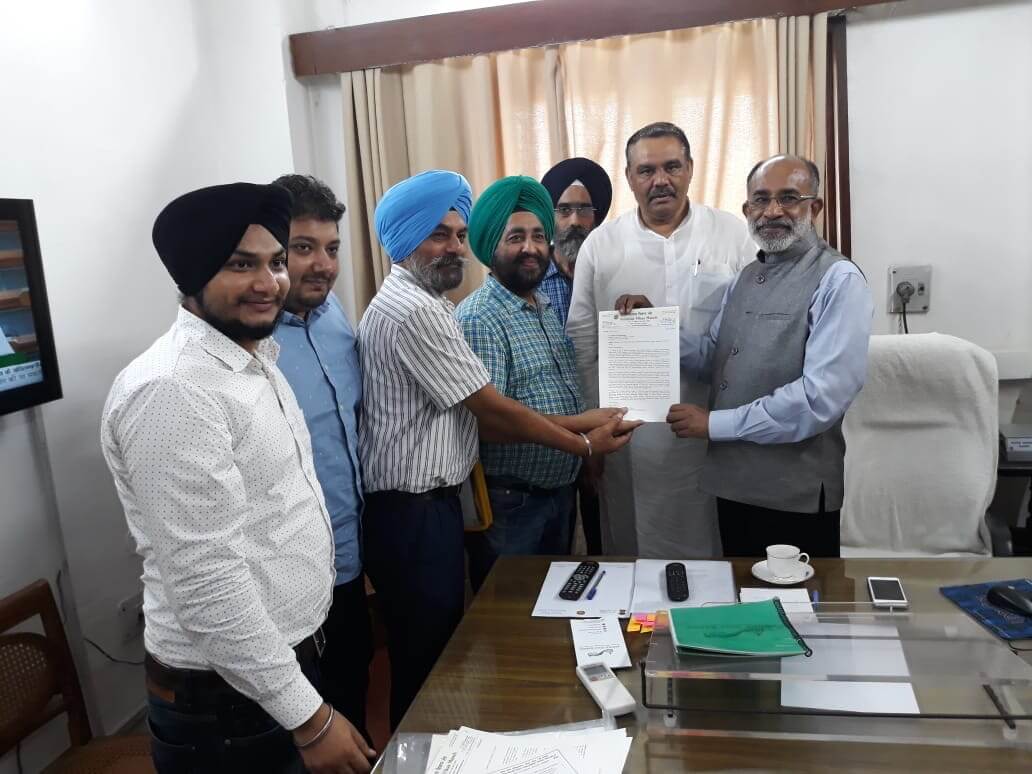 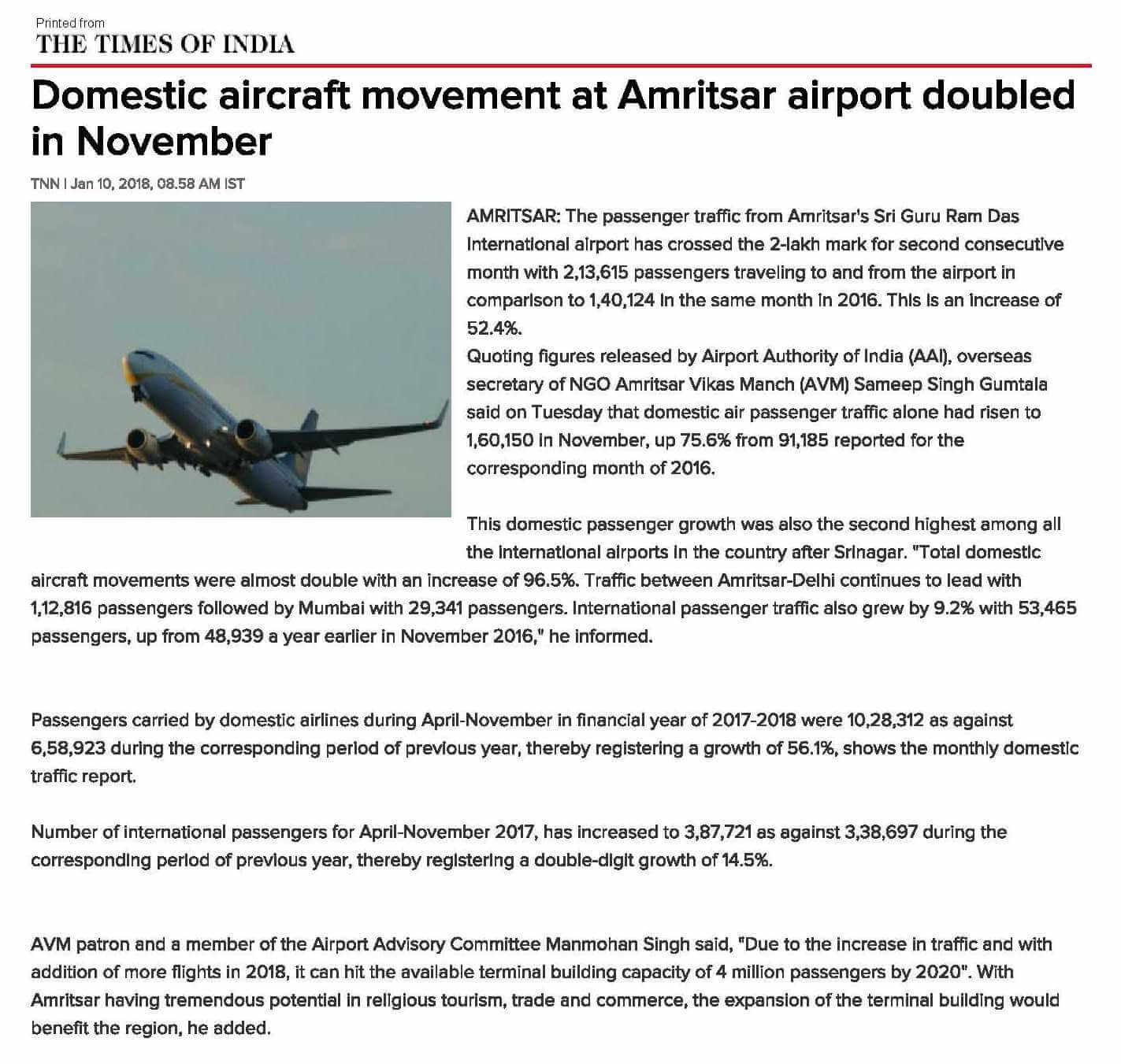 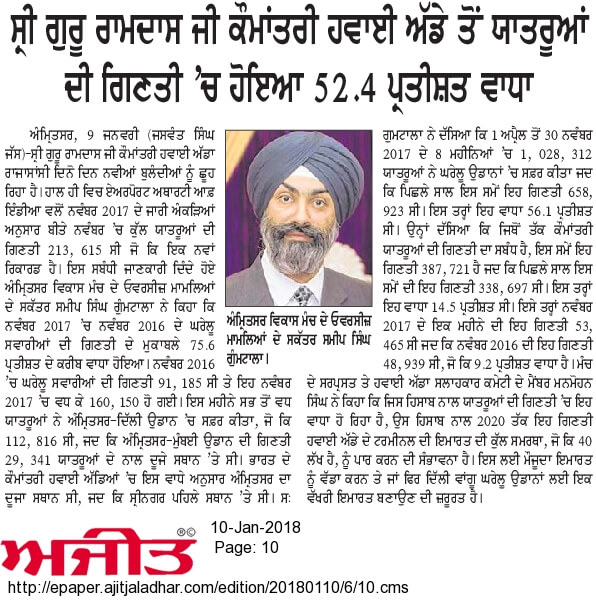 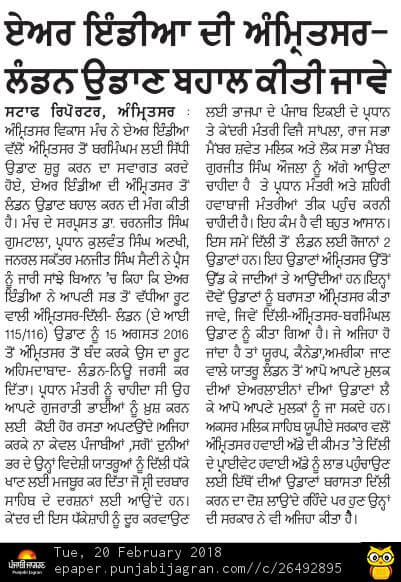 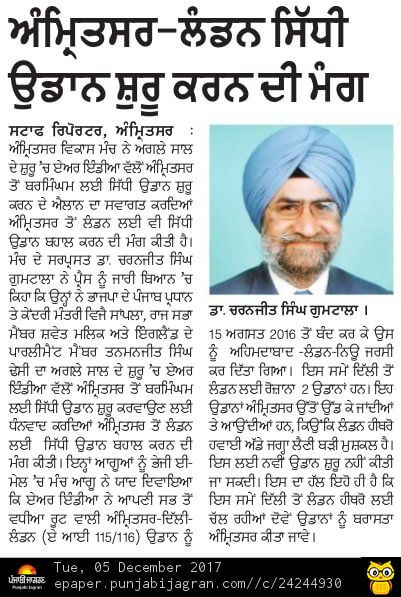 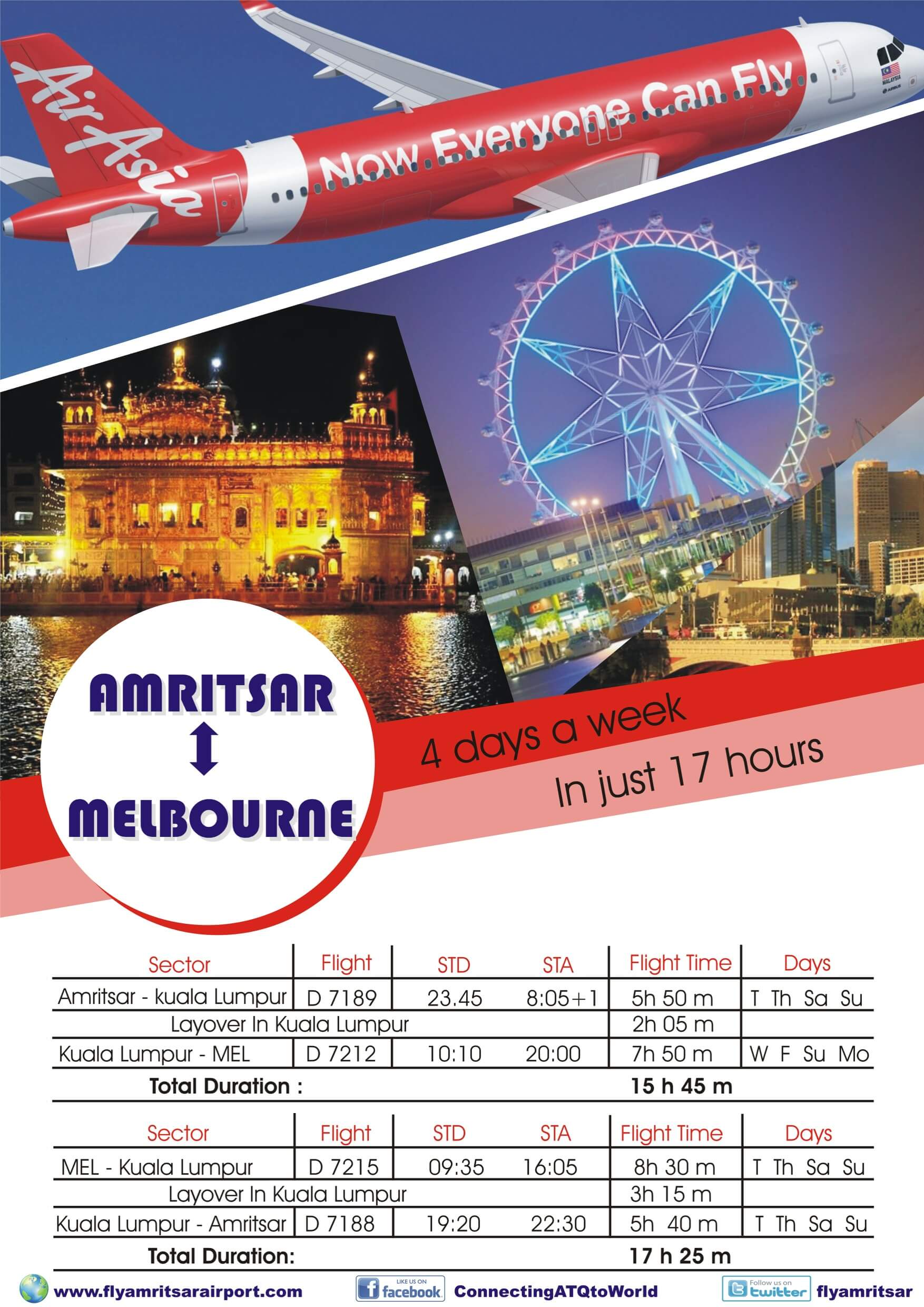 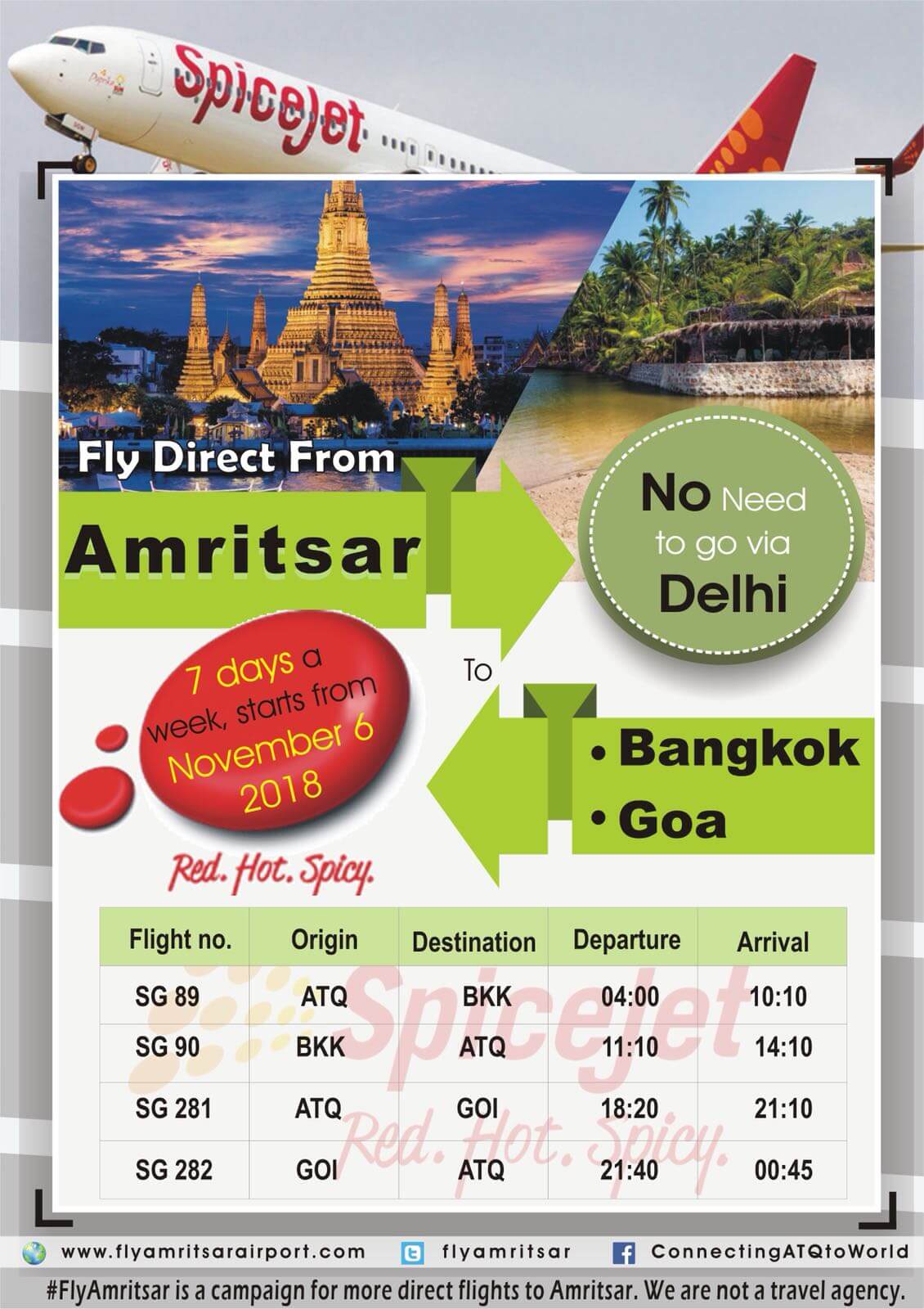 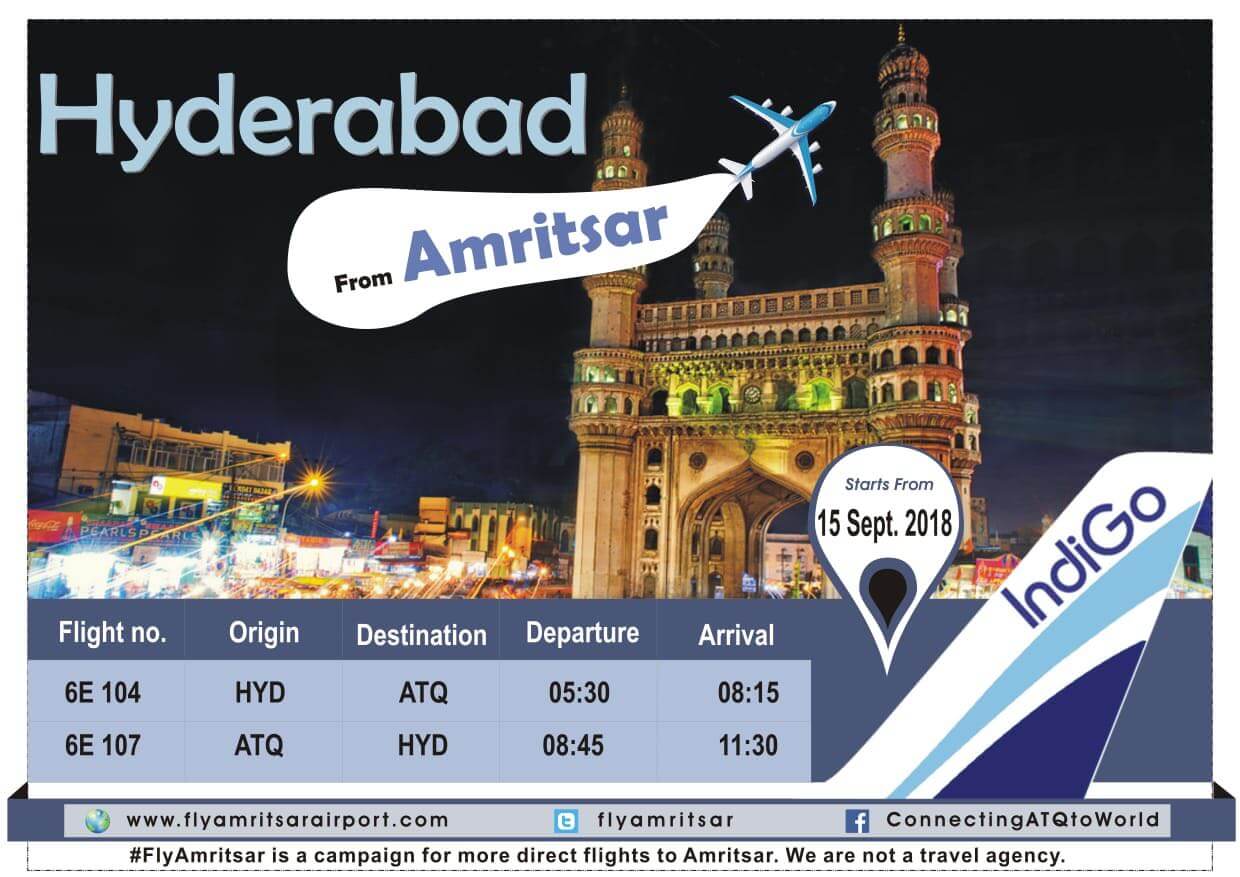 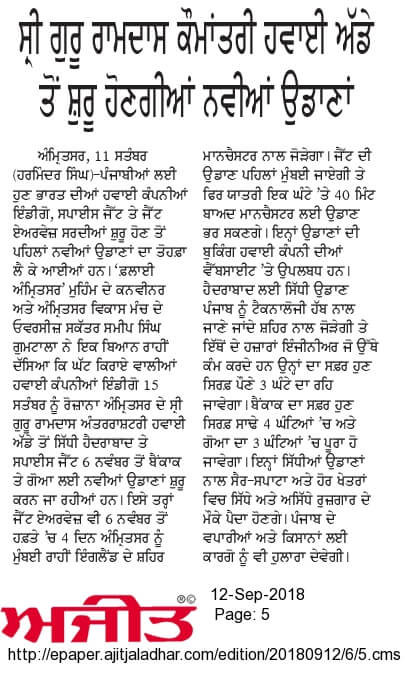 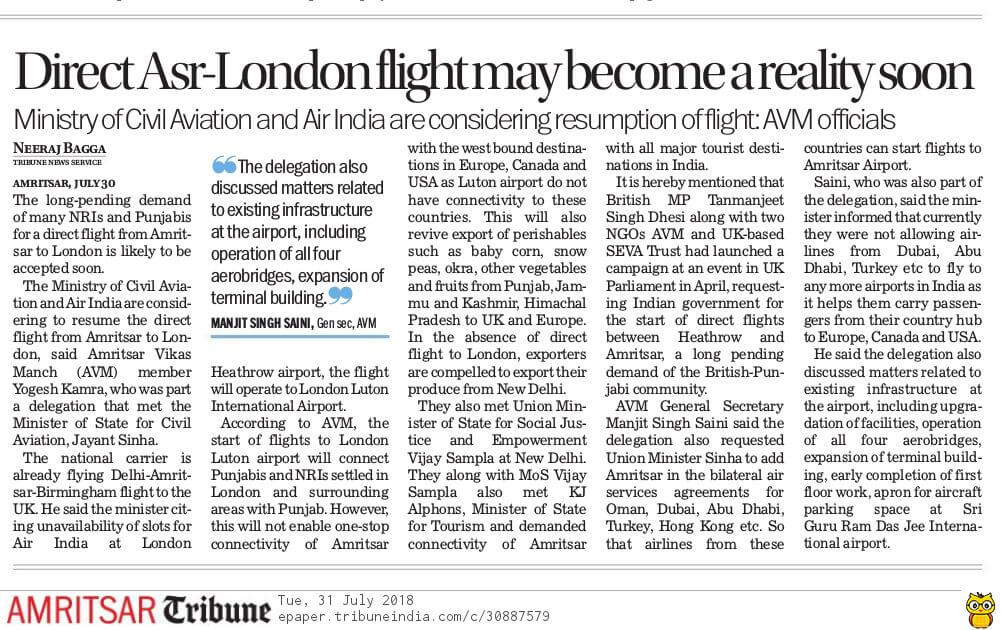 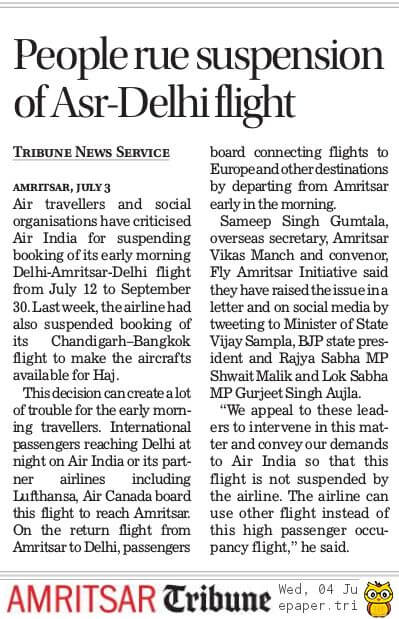 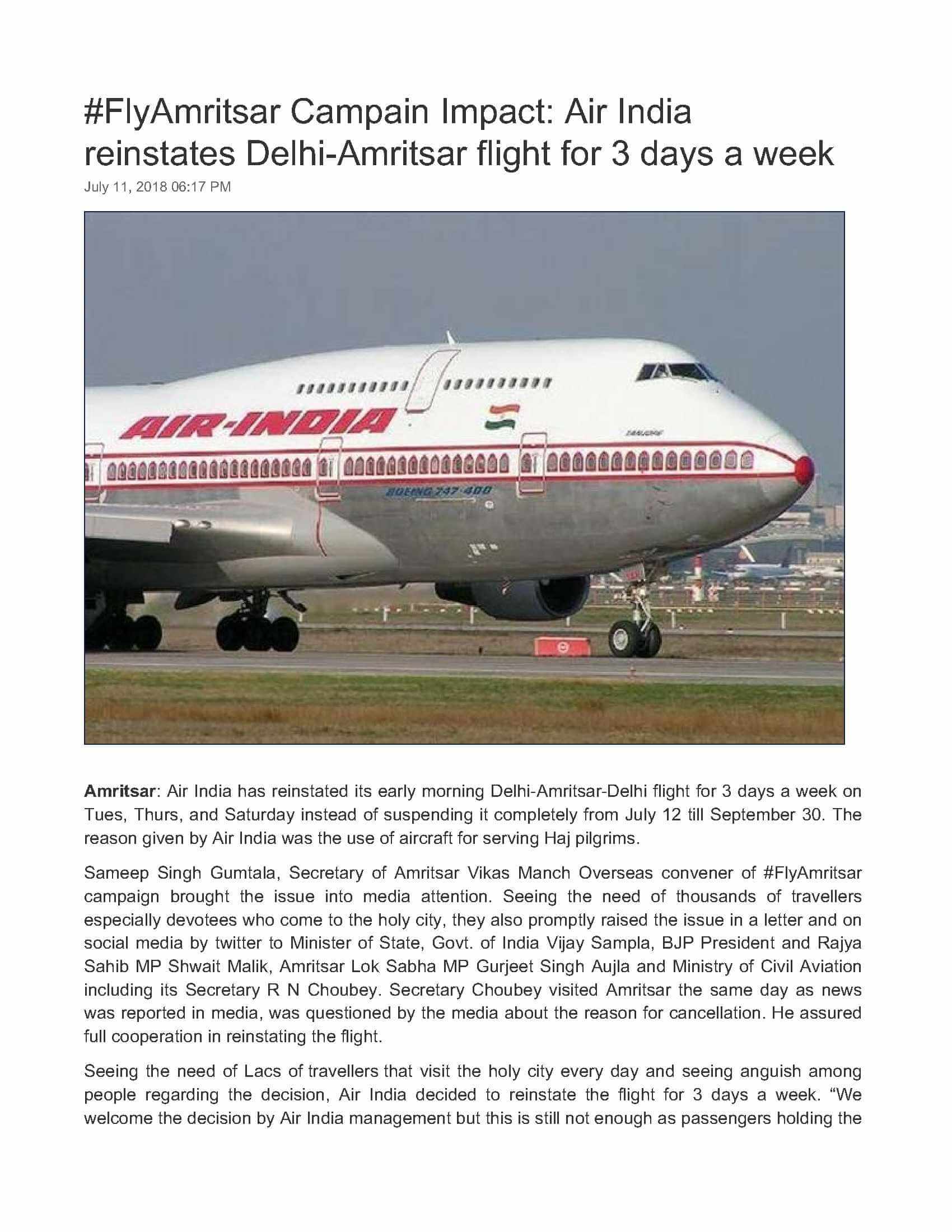