A project of Prakti (association of DEW Labs)

These people, mostly in rural India, continue to use these traditional cookstoves (burning wood or charcoal) since wood and charcoal are the only viable fuel options for them. LPG, electric power or solar energy is either too expensive or not accessible for them.

Prakti is solving this problem by deploying 10x better cookstoves

In India, we will be deploying our latest product called Prakti Air that fits into existing stove bodies. It functions by blowing air at the optimum pressure and velocity into an oxygen-deprived part of the fire, resulting in a dramatic decrease in emissions and an increase in fuel efficiency. There are many benefits including:

Prakti Air allows families to keep their traditional cookstoves, passed down through generations. Now they can preserve their beautiful culture, the food they eat, the fuels they use and their loved ways of cooking. User adoption is significantly higher as a result. 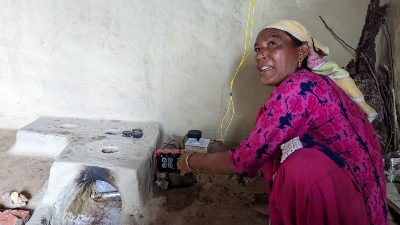 Prakti (w/ support from Baru Sahib) needs your help to jump-start implementations in India (starting with villages in Punjab, Orissa or Himachal Pradesh)

We will use the funds raised to:

Successful implementation of this pilot will not only improve the lives of villagers in the pilot but also will enable us to collect data and learnings so that we can expand to the rest of India.

This will put us on the path to implementing ~10,000 cookstoves per month across all of India, by the end of 2023 at an affordable retail cost of below $25!

Make a difference with Prakti. Give today!

In June '22 we conducted a pilot in Khakli village, near Baru Sahib campus in Himachal Pradesh, India. We implemeted 8 Prakti Air stoves and not only saw significant reduction in air quality and wood consumption, but also received rave reviews from the villagers. See this video for some of the testimonials

Do you know anyone who could support us?

In addition to donating money, we also appreciate help connecting us with the right people:

Drop us a line at info@prakti.in.

Make today count. Give generously and enable Prakti to protect many more lives.

Fund salary for 2 engineers to implement stoves and train villagers

Fund salary for 1 engineer to implement stoves and train villagers