A project of Nad Music Institute 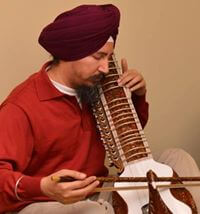 The Sabad Album is freely available on following platforms:

We believe that this is an important project because it brings forth the rich heritage of Kirtan as it was practiced, with traditional instruments (Saranda, Taus, Pakhawaj etc.) during Guru Sahib's period.

How can donors help?

How the donations will be used?

Your donation will be used to honor the Kirtaniyas, pay the recording studios, cover expenses for travel and sharing the recordings with worldwide sangat.

Please visit www.NadMusic.org for details of this project.